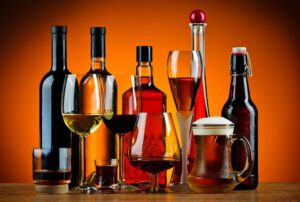 WHAT IS ALCOHOL USE DISORDER (AUD)?

When a person has uncontrolled and problematic drinking, he or she may have a health condition called alcohol use disorder (AUD), commonly known as alcoholism. Health professionals use a list of symptoms to diagnose AUD. Depending on how many symptoms the person has, AUD can be mild, moderate, or severe. Even a mild disorder can lead to problems, so treatment is important.

What Are The Symptoms?

Alcohol use disorder (AUD) is a condition that health care professionals diagnose when a patient’s drinking pattern causes significant distress or harm. Previously known as alcohol abuse or alcoholism, AUD can be mild, moderate, or severe. AUD can cause lasting changes in the brain that make patients vulnerable to relapse. The good news is that no matter how severe the problem may seem, most people with AUD can benefit from treatment with behavioral therapies, medications, or both.

AUD is diagnosed when a person answers “yes” to two or more of the questions below.

In the past year, have you:

Any of these symptoms may be cause for concern. The more symptoms, the more urgent the need for change. A health professional can look at the number, pattern, and severity of symptoms to see whether AUD is present and help set a good course of action back to health.

The latest science shows that AUD can cause lasting changes in the brain. That's why AUD is best treated by a health professional. The good news is that effective treatment can help the brain heal, while giving people with alcohol problems the skills and support they need to recover.

Some people who drink heavily may not have AUD, but their drinking patterns put them at risk for AUD and other problems.

What Are The Treatments?

Three medications have been approved by the US Food and Drug Administration to help people with alcohol use disorder (AUD) stop or reduce their drinking and avoid relapse:

All of these medications are designed to help manage a chronic disease, just as someone might take medications to keep their asthma or diabetes in check.

Not all people will respond to medications, but for some individuals, they can be an important tool in overcoming alcohol use disorder.